Rothrock transitioned to partner emeritus of Venrock, an early-stage tech investment partnership originally formed by the Rockefeller family, in 2013. During his 25-year career at Venrock, he invested in 53 early-stage technology companies. He led both the internet and energy investment programs and was a member of the management committee for Venrock. Rothrock’s market-leading cyber security investments included Check Point Software, Vontu, PGP, P-Cube, Imperva, Cloudflare, and Shape Security. 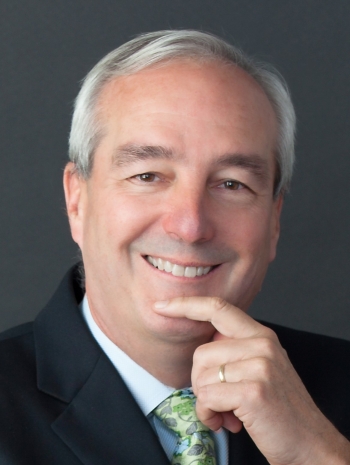 Rothrock’s Venrock track record resulted in his being listed twice on the Forbes Midas List. A leader in the venture industry, he was elected by his peers as chairman of the National Venture Capital Association for 2012-13. He is an active angel investor and serves on the boards of Check Point Software Technology, Roku Inc., and several private companies including Team8, Shape Security, Colabo, CTERA, Unbounded Tech, and TAE Technologies, a clean fusion energy company.

Rothrock has testified several times before Congress and the President’s Blue-Ribbon Commission on America’s Nuclear Future, and he is an invited speaker on venture capital, startup companies, cyber security, nuclear energy, climate change, and energy policy in general.

In 2013, Rothrock was a co-executive producer of the documentary “Pandora’s Promise.”  He is a founding member and director of the Nuclear Innovation Alliance as well as the board of the Breakthrough Institute, Oakland, California. In 2018, he authored Digital Resilience, published by HarperCollins, a management thought leadership book on an effective strategy to win the cyber war the world is in today. In addition to serving on the U.S. Department of Energy’s Nuclear Energy Advisory Committee, he also serves on the Gateway for Accelerated Innovation in Nuclear (GAIN) Executive Advisory Board, both as a result of his advocacy private/public partnerships for clean energy.

Rothrock holds a bachelor of science degree in nuclear engineering, Summa Cum Laude, from Texas A&M University, a master of science degree in nuclear engineering from the Massachusetts Institute of Technology (MIT), and a master of business administration degree, with distinction, from the Harvard Business School. He is a Distinguished Alumnus of Texas A&M University, Distinguished Alumnus of the MIT Nuclear Science and Engineering Department, and Distinguished Member of Tau Beta Pi. He is a member of the Corporation for MIT, serving on several visiting committees. Rothrock is also vice-chairman of the board of the University of Texas/Texas A&M Investment Management Co. (UTIMCO). In addition, he serves on the National Association of Corporate Directors Northern California Board.